From the UN-commissioned film “A Workshop for Peace”: In the years after World War II, the founders of the UN sought to build a headquarters “as a symbol of hope that a union of nations can come together in one place to make peace.” Their goal was to design a headquarters that would express the vision of a future without war. Wallace K. Harrison (USA) was appointed chief architect with the title of Director of Planning. Assisting him was a Board of Design Consultants: Nikolai G. Bassov (Soviet Union); Gaston Brunfaut (Belgium); Ernest Cormier (Canada); Charles-Edouard Jeanneret, known as Le Corbusier (France); Liang Seu-Cheng (China); Sven Markelius (Sweden); Oscar Niemeyer (Brazil); Sir Howard Robertson (United Kingdom); G. A. Soilleux (Australia); and Julio Vilamajo (Uruguay). 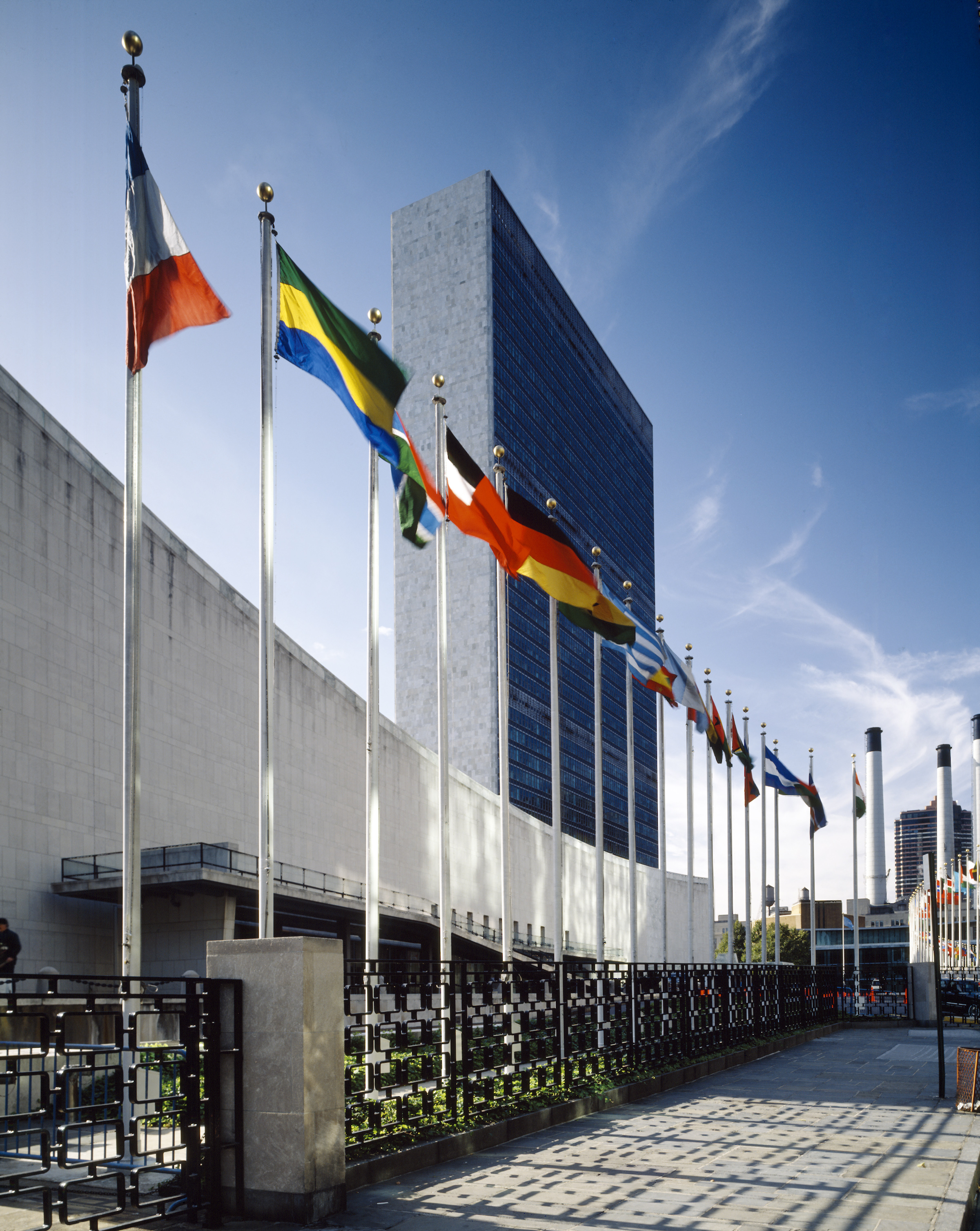