Rafael Aranda (1961), Carme Pigem (1962) and Ramon Vilalta (1960) completed their studies in architecture at the School of Architecture in Valles (Escola Tècnica Superior d’Arquitectura del Vallès, or ETSAV) in 1987, and founded their studio, RCR Arquitectes, in their native city of Olot, in the Spanish province of Girona, the following year.

They attribute their early success to a first prize victory in a 1988 competition sponsored by the Spanish Ministry of Public Works and Urbanism, in which they designed a lighthouse in Punta Aldea by pondering the essence of the typology, a fundamental approach that would resonate throughout all of their future works.

This achievement allowed them to explore their distinctive ideas of architecture, informed by place and their own sensitivities, resulting in winning commissions, many of which were undertaken in Catalonia. It is more recently that they have received international accolades and ventured beyond the Spanish borders with projects in other European countries.

Since 1989, Aranda, Pigem and Vilalta have served as consultant architects to the Natural Park in the Volcanic Zone of La Garrotxa. They have taught urbanism, landscape architecture and design studio at ETSAV from 1989-2001, and individually served as critics for diploma project juries at ETSAV and Escola Tècnica Superior d’Arquitectura de Barcelona throughout the past two decades. In 2012, they established an international summer workshop at their studio based in the Barberí Laboratory.

They have been invited to give more than 200 lectures throughout Spain and in foreign cities, and their work has been published at great length in books including “RCR Aranda Pigem Vilalta Arquitectes. Entre la abstracción y la naturaleza” by William J.R. Curtis, published by Gustavo Gili, Barcelona (2004); and journals, El Croquis, a+u, Casabella, Detail, Bauwelt, and Arquitectura Viva, among others.

In 2013 they established RCR BUNKA Foundation to support architecture, landscape, arts and culture throughout society. 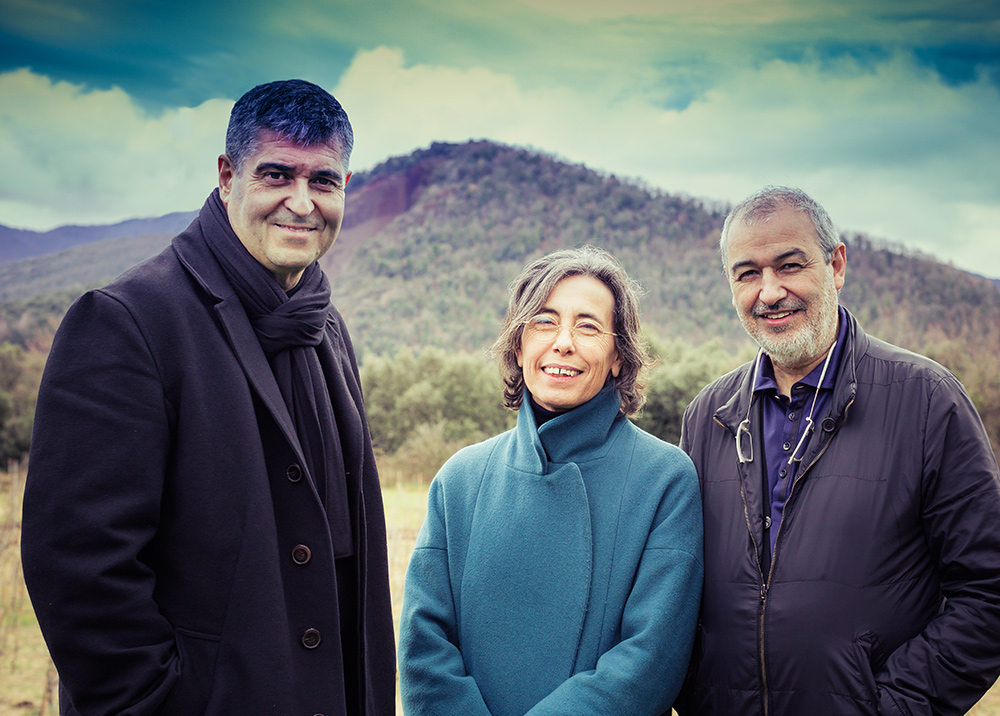