Alejandro Aravena was born on June 22, 1967, in Santiago, Chile. He graduated as an architect from the Universidad Católica de Chile in 1992. In 1994, he established his own practice, Alejandro Aravena Architects. Since 2001 he has been leading ELEMENTAL, a “Do Tank” focusing on projects of public interest and social impact, including housing, public space, infrastructure and transportation.

ELEMENTAL has built work in Chile, the United States, Mexico, China and Switzerland. After the 2010 earthquake and tsunami that hit Chile, ELEMENTAL was called to work on the reconstruction of the city of Constitucion, Chile. Aravena's partners in ELEMENTAL are Gonzalo Arteaga, Juan Cerda, Victor Oddó and Diego Torres.

Alejandro Aravena is the Director of the Venice Architecture Biennale 2016. He was a speaker at TEDGlobal in Rio de Janeiro, Brazil, in 2014. He was a member of the Pritzker Architecture Prize Jury from 2009 to 2015.

In 2010 he was named International Fellow of the Royal Institute of British Architects and identified as one of the 20 new heroes of the world by Monocle magazine. He is a Board Member of the Cities Program of the London School of Economics since 2011; Regional Advisory Board Member of the David Rockefeller Center for Latin American Studies; Board Member of the Swiss Holcim Foundation since 2013; Foundational Member of the Chilean Public Policies Society; and Leader of the Helsinki Design Lab for SITRA, the Finnish Government Innovation Fund. He was one of the 100 personalities contributing to the Rio +20 Global Summit in 2012.

Aravena was a Professor at the Harvard Graduate School of Design (2000 and 2005); and also taught at Istituto Universitario di Architettura di Venezia (2005), Architectural Association in London (1999), and London School of Economics. He has held the ELEMENTAL Copec Chair at Universidad Católica de Chile since 2006. 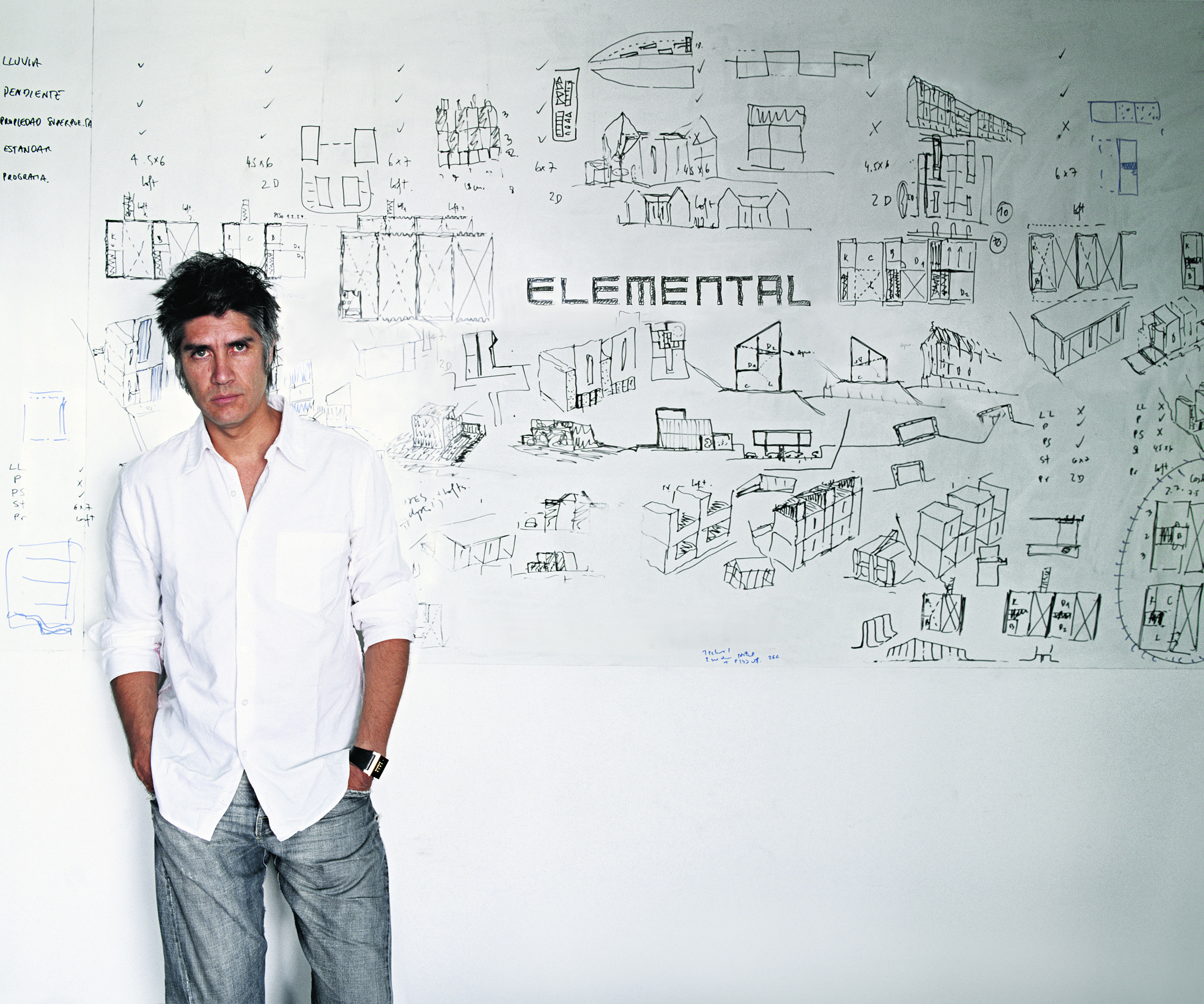