The Kimbell Art Museum is widely regarded as one of the most outstanding examples of twentieth century American architecture. Designed by the American architect Louis I. Kahn (1901–1974), the Museum has won wide acclaim since its opening in 1972. In his design for the Kimbell, Kahn emphasized the low, horizontal aspect of the building with separate reinforced concrete vaults, forming two exhibition spaces and a central entrance lobby, and creating three open porticos on the outside. The 120,000 square foot building is widely recognized for the powerful spaces defined by parallel barrel vaults. The spatial rhythm extends to the exterior water-features on the west side of the building, and resolves into a number of paths and garden areas on the grounds. 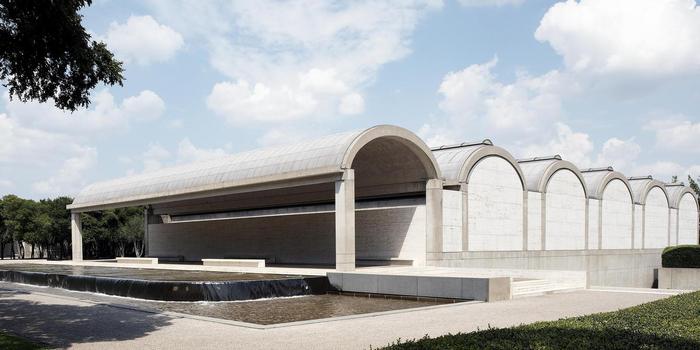